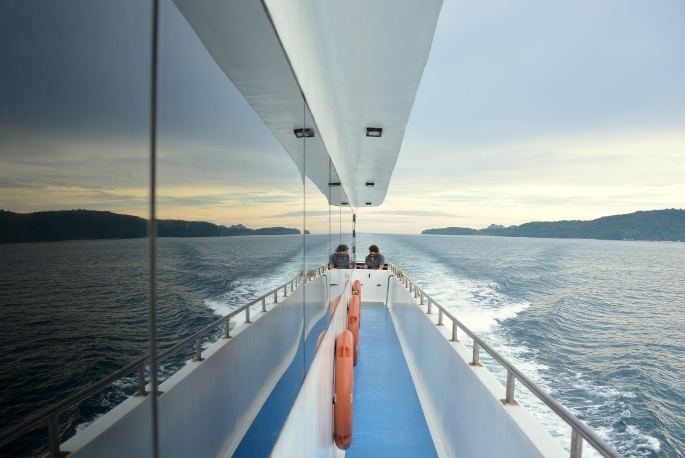 There’s really no such thing as a terrible cruise in the Caribbean, but there are definitely a few who stand out from the rest. Whether it’s unique activities that are offered onboard or just a vibe that’s not like the others, these cruise ships might have just the thing you’re looking for. So, sit back, relax and grab one of those tasty pineapple drinks with neon straws and ridiculously big umbrellas as we check out five Caribbean cruise ships that are anything but boring.

Here are the best Caribbean cruise ships in 2017:

Royal Caribbean Anthem of the Seas

Honestly, what makes this cruise ship so amazing are the many fresh options when it comes to activities that there’s really no other experience like it. Royal Caribbean really outdid itself with the robot bartenders, skydiving simulation, trapeze lessons, and glass enclosed ride that takes you up 300ft above sea level so you can see the world from an entirely new vantage point.

This ship also has all of the other regular stuff like delicious food options and shows, but its rooms are also unique given that some have HD screens that cover an entire wall and give guests the feeling of a virtual balcony. Some of the rooms also are interconnected and two stories, which is good for larger families or someone who just really likes to spend more money.

Formerly known as the Carnival Destiny, a pretty, little makeover of over $150 million bucks upgraded the 17 year-old ship into something a little more, you know, cool. There are a ton of bars and restaurants on this bad boy, including a delish burger bar that was created by your favorite blond-haired chef, Guy Fieri.

One of the favorites on this ship though is the huge adult-only sections that span across three separate decks. Not that we don’t all love having kids around while drinking our cocktails, but you know.

This cruise ship is a party machine and with twenty-one bars onboard, you almost have each one of your drinks at a different place. Two of them are Jimmy Buffett franchises, which always helps out with creating the chilled out Caribbean vibe.

Another thing that makes this ship unique is that it supposedly has some of the fastest waterslides you can find while sailing the seas. But, there’s really only one way to find out — plug your nose!

Kids, kids, and more kids – that’s what Disney has always been about and this 2,500 passenger Disneyland on water is going to get anyone’s vote who’s under the age of twelve. It’s not all about the kids though and good ol’ Walt and company still keep the adults in mind with bars and other areas that are 18+ only after 9pm.

Royal Caribbean Oasis of the Seas

Saving the best, and most impressive for last as there’s no other cruise ship that competes with the 5,400 passengers that this thing can hold. But, it’s not only size that matters, right? There’s also an entire park that has over 12,000 plants (the first of its kind on a cruise ship), two climbing walls, a surfing simulator, and an entire mall that offers pretty much anything you would ever need to buy, including your daily dose of Starbucks.

You can check out our endless run of cruise discounts for 2017 on Hotels Etc here.